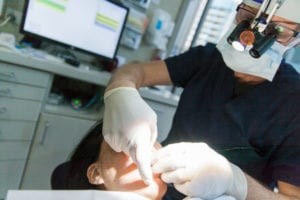 Many people in Pasadena have expressed an interest to our doctors about sedation dentistry at one point or another during one of their dental exams. Throughout this time, we notice that a lot of people have misconceptions about what exactly sedation dentistry is, and is not, based on myths that have long since been debunked. However, just because a myth has been proven not to be true does not always mean people are aware that it is not true.

With that in mind, we would like to help people get the actual facts on sedation dentistry by dispelling some of the most common myths about it and explaining, quite simply, what is true and what is false.

Myth # 1: A Patient Can Only Receive Sedation Dentistry if They Suffer From Dental Anxiety

Sometimes, a myth about sedation dentistry in Pasadena, like most myths, will at least be wrapped in some kind of truth, but in this case, there is no truth to this one at all. Sedation dentistry can be used for all kinds of reasons outside of simply suffering from dental anxiety, which can include but is not limited to:

If a patient wants to be sedated during something as simple as a cleaning, all they have to do is ask one of our doctors, and we will be more than happy to accommodate them.

Myth #2: A Patient Can Only Receive One Type of Sedation Through Their Dentist

Again, this is one of those myths about sedation dentistry that has absolutely no basis in fact at all. There are several tiers to sedation dentistry, which include laughing gas, which normally wears off from five to ten minutes after the procedure, to anesthesia, which will fully put a patient to sleep in the chair.

It is important for the patient to ask one of our doctors what type of sedation dentistry track they think is right for them, as no two patients are the same, and most cases do not require the use of a full out anesthesiologist to successfully sedate the patient in question.

It actually makes sense why a lot of people would think this way – after all, being sedated involves drugs and doctors, so why would it be cheap? Thankfully, what most people are unaware of is that often times, this type of procedure is covered under their insurance, so they actually end up paying very little in terms of out of pocket spending for their sedation dentistry procedure.

« Are There Any Restrictions Before Patients Can Receive Sedation Dentistry? Common Reasons People Fear the Dentist »