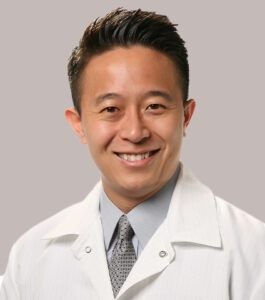 Dr. Christopher Chan is an Oral and Maxillofacial Surgeon who was raised in the San Gabriel Valley.  He attended UCLA for his undergraduate studies, and then continued his education at the USC School of Dentistry.  At USC, he graduated in the top 10% of his class and was inducted into the Omicron Kappa Upsilon National Dental Honor Society.  He was also President of the student body and received multiple scholarships for academic merit.

After dental school, Dr. Chan completed an internship in Oral & Maxillofacial Surgery at the University of Texas Southwestern/Parkland Memorial Hospital before returning to Los Angeles for a six-year Oral and Maxillofacial Surgery residency training at USC.  This included attending the Keck School of Medicine of USC and graduating with a medical degree.  Dr. Chan has experience in dental implants, dentoalveolar extractions, general anesthesia, orthognathic/corrective jaw surgery, maxillofacial trauma, oral pathology, and craniofacial/cleft surgery.  He also received a scholarship from the Osteo Science Foundation for training in dental implant procedures including soft and hard tissue regeneration, sinus augmentation, implant-supported dentures, and platelet-rich plasma.  During his residency, he was actively involved in clinical research and first authored several publications in peer-reviewed journals.